I was at the DDD exchange recently where we had the likes of Udi Dahan, Eric Evans and Scott Wlaschin on the panel. In a post event Q&A session I asked the panel - “Is microservices SOA renamed? “ which triggered an hour long debate. The panelists argued amongst themselves about what exactly a service or a microservice means. By the end of the debate I doubt any one of us was any more wiser. Clearly there was no consensus on the definition of a microservice and what it actually means. It is quite a buzzword these days but none of the panelists could come to a common understanding. This raised a few questions in my head. Disappointed with the expert advice, I decided to look out for a definition of my own.

As what’s needed in such a situation, I looked up the dictionary for the word service - “the action of helping or doing work for someone”. Does a microservice fit into this general definition? In order to come up with a more definitive answer, lets recollect the knowledge that is already out there.

If microservices is about doing SOA (Service orientated architecture) well, it is probably worth looking at the SOA tenets:

These tenets do not appear to be too different from the object oriented principles. According to Alan Kays 1971 description of Smalltalk

An object is a little computer that has its own memory, you send messages to it in order to tell it to do something. It can interact with other objects through messages in order to get that task done.

An object’s private memory provides it the autonomy and message based communication an explicit boundary from other objects. Can we define a service based on the above principles? Lets look at the tenets a bit closely.

What is a Service?

What a service is NOT? 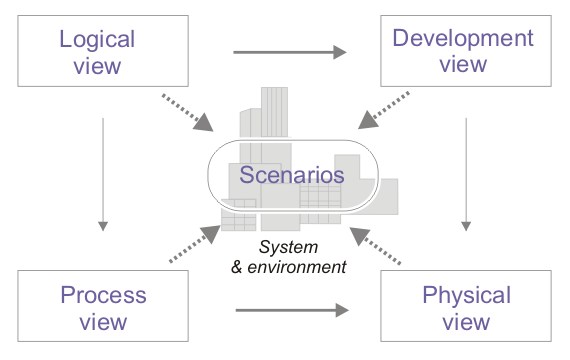 Defining services involves breaking an overall system into smaller isolated sub systems so that adding features to the overall system requires touching as few sub systems as possible. This decomposition can be at the logical level (business capabilities - the reason for something to exist), component level (dlls, jars, source code repos), process level (web app, http endpoints) or the physical level (machines, hosts). Bounded context in DDD terminology focuses on the logical separation whereas Microservice focuses on the physical separation. The idea of slicing up your system into manageable chunks is the key here.

What is an Actor?

Actors is another decomposition model that allows dividing a system into smaller isolated tasks or actors that can run concurrently. Traditional approaches to concurrency are based on synchronizing shared mutable state which is difficult to get right, as it often involves locking and coordination. Wouldn’t it be better not having to deal with coordinating threads, synchronization and locks? Actors achieve this by avoiding shared state and only mutating internal private state between processing messages. When there are no shared state mutations, synchronization and locking are no more required. When an actor wants to communicate with another actor, it sends a message rather than contacting it directly, all messaging being asynchronous. Apart from concurrency and performance gains there are other benefits with the actor based approach like hot code replacements but asynchronous programming is a whole new ballgame.

Asynchronous message communication allows Actors to embrace latency, potentially at the cost of simplicity. Asynchronous messaging is an event driven model as compared to synchronous model where you have a sequence of events that execute sequentially (in a given order) which in theory is easy (read familiar) to program and reason about. An asynchronous model (event driven) on the other hand, allows you to scale better but you have to find a way to impose ordering on the incoming requests.

Partitioning can occur at different levels, be it a service, a microservice, an actor or even an object. What we really gain from this partitioning is isolation. We want a small computer with private memory that you can interact with through a contract, without any access to its internal private state. Isolation is easily compromised in objects. We often break encapsulation by sharing an object’s private memory through public getters and setters in languages like Java and C#. Actors enforce this isolation by restricting access to private memory (internal state). Microservies make it even harder to break the isolation by often introducing physical separation and communication over a network.

Each service ends up having its own process or/and network boundary. The contract is a service updates it's shared memory and exposes a mechanism to read from its shared memory but the service itself is the only one that is allowed to write to it.

Turns out, microservices reinforce a lot of the old ideas like SOA and object oriented principles that we have known for sometime. Adding features to your system will invariably involve touching more than one sub system at a given time but depending upon how well the system is isolated, it should involve touching as few sub systems as possible. Isolation gives you all the good stuff - loosely coupled systems, failure isolation, independent evolution and scalability. But distributed mircoservices is not the only way to achieve isolation. Modularised monoliths can very well be isolated too (obviosuly not over a network but in memory), they probably need a bit more discipline.